Soccer is no stranger on the fields of Flushing Meadows-Corona Park in Queens, where mostly Spanish is spoken and women sell empanadas and cold drinks from baby strollers that double as rolling bodegas. The players are mostly from Latin America, enjoying the game they brought from home.

Between those regulation fields and the Herbert Hoover and Dwight D. Eisenhower Promenades, with a view of the Unisphere, is another remnant of the 1964 World’s Fair: a dry reflecting pool that is the makeshift home of the New York Ecuador F.C. under-18 team, which plays a style of soccer called futsal.

Like the club founder Tony Toral, a native of Guayaquil, Ecuador, futsal is an import from South America. Futsal originated in Uruguay and Brazil in the 1930s and roughly translates to “hall football” or “football in a room.” The five-a-side game is played on a hard surface roughly the size of a basketball court with a low-bounce ball (think restricted-flight softball) and is meant to help players develop close ball skills and movement off the ball while keeping the ball on the floor — not in the air.

Players like Pelé, Cristiano Ronaldo, Lionel Messi, Luis Suárez and Ronaldinho honed their skills playing futsal, and many club teams in Europe, like Barcelona, have full-time futsal programs. It is no coincidence that the tiki-taka, quick-passing, perpetual-movement style exemplified by Barcelona and Spain’s national team in recent years is futsal writ large. 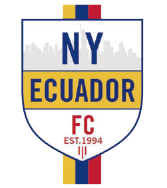